Remember those ads from the 90s that you thought were fun but now completely cringe at? Yes, yes, we know that it took us all a while to unlearn the conditioning that we had overdosed on as kids but now that we look back at all of these ads, we know exactly where the problem lies. For some others however, this listicle shall be an eye opener. Apologies if we ruin one or two of your favourites in the process.

Brace yourself to cringe for an entire lifetime’s worth! Here are five ads that are so problematic, they’d make you reconsider your past self’s judgement:

Although this TVC is called ‘No Problem,’ the problem in this ad is pretty evident. Guess what? It’s the oldest technique of discrimination in the book, racism. In this ad the orientalism and the subsequently regressed understanding and intellect is so blatant that it’s almost written in bold, shouty capitals and then highlighted in neon green lights. It does not get more obvious than this. If you thought this was a cool ad back then, do not give yourself a pat on the back because you’ve caught racism and a deep sage cleanse is recommended for you!

Now didn’t we all love how gorgeous Sonali Bendre looked when she was one with wildlife in this ad? Wrong. Ask me why and I’ll tell you because cub-petting and filming is actually abusive. Contrary to what exhibitors would have you think, cub-petting and filming is not conservational and/or educational. As a result of filming and photographing them, cubs develop early cases of cataract. Young tigers need their beauty sleep during the day but are kept awake because of constant man-handling. These reasons are just the tip of the iceberg as to why this ad, despite its aesthetics, is one of the worst.

More like ‘sabki na-pasand Nirma.’ Listen up women! If a brand tells you that Hema, Rekha, Jaya and Sushma like a detergent powder, they’re straight up lying to your faces because these women have better things to do or unfortunately, they’ve all been drugged. No wonder this is one of India’s most favourite ads because it emphasizes on primitive gender roles that are no longer relevant. If all of us were Pavlov’s dog, we’d be lapping up this ad like the dog did with its food, except we’re not. What we are, is that we’re strong, independent women who can think for themselves and beyond certain repressive gender norms.

I mean, by now almost all of us are aware of how very problematic this brand is but in case you had not joined the bandwagon already, this one’s for you. Since forever Fair & Lovely has been selling all the things that they shouldn’t. Some things in this list are job opportunities, obnoxious ideas of beauty and fairness. But this ad tops that list. For lack of better things to sell, Fair & Lovely can be seen selling marriage as an idea of success and as a means of climbing the social ladder for women. If you’re still using this product, even after the whole name change sham, then maybe this ad is right in some ways because that’s still your reality, but it is problematic nonetheless.

Honestly, I fail to understand what makes this ad funny and passable by the censor board. Who on earth has ever been bitten so badly by bees that their appearance changed that drastically. Although what is funny is that after all of this Amir Khan still tries and pretends to have a conscience, or maybe he’s developed one over the years. Who knows? Another one downright racist ad in the history of ads but this time around the brand ambassador of Coca – Cola and the host/producer of Satyamev Jayate are the same. What is a horror though, is that this is a big brand like Coca – Cola! 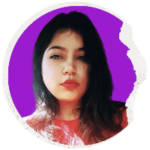