Product placements have long been one of the most sneaky ways to generate engagement and buzz about a product or brand. Think of the Aston Martin cars in Bond movies, or the Nike shoes in Back To The Future, all these are memorable examples of product placement that build positive awareness for the brand.

However, this week we’re looking at an unfortunate position that the coke giant-Coca-Cola found themselves in. We are indeed talking about one of the biggest highlights of Euro 2020 that involved Portugal captain, Cristiano Ronaldo and the Coca-Cola bottles placed in front of him. Here’s the full story:

Coca-Cola is one of the official partners of UEFA Euros 2020. As the official sponsors, they get to promote their product/brand where they think will get the most attention. This time around, Coca-Cola had strategically placed two coke bottles in front of Cristiano Ronaldo during a press conference in Budapest before the match against Hungary on Monday.

Unfortunately, in a move that no one saw coming, Rornaldo removed the prominently displayed Coca-Cola bottles in front of him. He then held up a bottle of water and proclaimed in Portuguese, “Agua”. Ronaldo made it clear that he doesn’t endorse the beverage and recommending healthier alternatives. 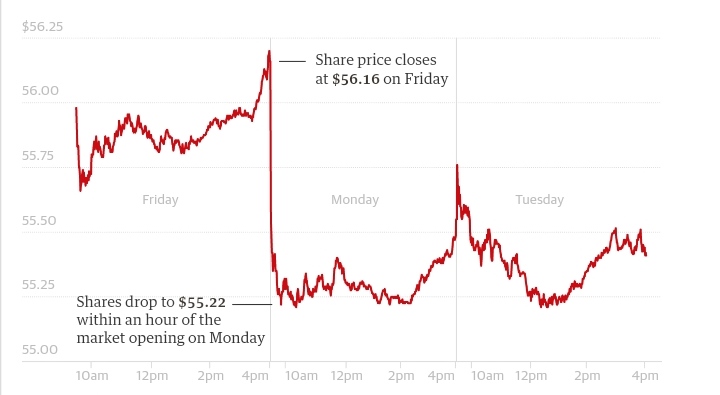 Following Ronaldo’s gesture, the company’s share price fell from $56.10 to $55.22, a 1.6% decline. Coca-Cola’s market value dropped by $4 billion from $242bn to $238bn. Although it is hard to say with certainty that Ronaldo’s move alone was consequential in the price drop, it isn’t something that can be ignored.

Furthermore, the gesture generated a wealth of negative press about the brand and its products, putting a stain on Coca-Cola brand image and perception. A day later Paul Pogba, removed the Heineken bottle placed in front of him as he sat down to speak after France’s 1-0 victory over Germany.

Speaking about the incident, a Euro 2020 spokesperson said: “Players are offered water, alongside Coca-Cola and Coca-Cola Zero Sugar, on arrival at our press conferences.” and he further added, “everyone is entitled to their drink preferences”

The recent incident clearly goes to show how influential celebrities and stars like Ronaldo have on a brand’s image. Endorsements like these can potentially cost a brand either billions in lost value or bring in just as much if executed correctly.