The subscription issued OTT video streaming platform, Disney+; owned by the influential multi-billion corporation, Disney had decided to extend its services for Hong Kongers. A promo video for expressing the same was released on 16th November.

With the annual subscription price of 738 Hong Kong dollars or 73 dollars per month, users would be allowed to access a range of shows and videos. To name a few would be Disney’s own shows and movies, animated and live-action, Marvel and Pixar of course, but also National Geographic, Star Wars, Simpsons, Grey’s Anatomy, The Walking Dead and many more as such.

Is there an error?

The good news has however been clouded by some misery. Fans seemed to take notice, last Monday, that the media giant has removed the 12th episode of the 16th season of Simpsons titled “Goo Goo Gai Pan” for Hong Kong users.

For unaware folks or those who need a memory refreshment, what comes forth is a brief description of the episode.

Selma who is experiencing a hot flash but unaware of the cause; in a bid to feel cool, ends up opening the sunroof. The sunroof, funnily enough, made out of fabric swerves her car and both Selma and Mr Burns get in a crash. In the hospital, she is informed that her hot flash was because she was experiencing menopause.

Taking notice of her sadness of not being able to bear a child anymore, Marge tells her that she can still adopt a child. Unfortunately, her baby is taken away when the birth father drops in and scoops the child away.

On Lisa solution to her dismay, Selma plans to travel to China for a baby. As China only allows children to be adopted by a couple, Homer is drugged into playing out her husband according to her plan and with some of Marge’s help.

Simpsons, popularly known for their critiques through the dialogues and visuals; aims for both the Americans and the Chinese in this episode. China’s communist dictatorship regime was pointed out by the communist emblem and General Mao references in the episode. The episode also contains a subtle critique of Chinese and American societies as well. The exports at the Chinese airport for what Americans consider manufactures of their culture, Sloppy Joes’ food, the huge Chinese takeout container monument and a general misunderstanding of other cultures by Americans.

The episode also references the Tiananmen Square Massacre a few times. It is done; most notably and widely discussed; with the board with the words “On this site, in 1989, nothing happened”; when the Simpsons family and Selma reconcile with the baby the second time. Right after that, Madam Wu; who had been keeping an eye on them barges in with a tank; just like the People’s Liberation Army who came to crush the student-led protest violently on the day of June Fourth, 1989. 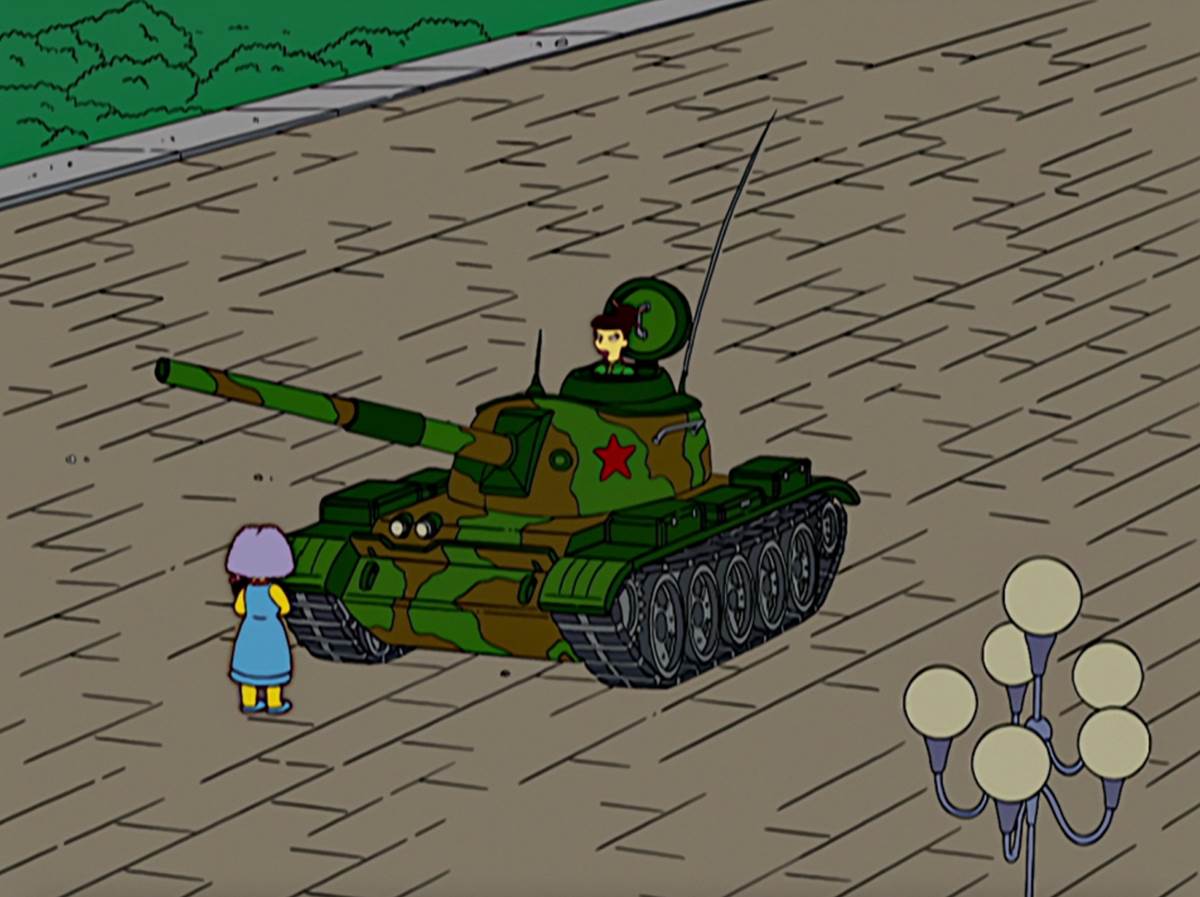 On this aired episode of March 13, 2005; Selma manages to strike an emotional chord with Madam Wu and takes the baby home with her to the United States.

Disney has chosen not to reply to the queries from the fans. Quite recently, Hong Kong’s Beijing appointed leader, Carrie Lam had also claimed that she will be proactively plugging loopholes in the city’s internet and introducing fake new regulations.

It is said that Hong Kong can still access content that satirises China on other streaming platforms, however. Netflix Hong Kong is supposedly still airing “Band in China“, the South Park episode; which mocked the American brands ‘loyalty to oppressive Chinese rules to make money; is still available for streaming.

Campaigns That Prove Disney Is A Marketing Behemoth