The 80s were characterised by high fashion, electronic dance music and the rise of computers. When people use the term retro to describe things today, they are most probably referencing the 1980s. The decade had a prominent impact on pop culture and is making a comeback in recent times. Therefore, we looked through some of the most memorable and iconic commercials from the 80s and found some absolute advertising gems. Here are a few of them.

Micheal J. Fox’s career was at its peak in the mid-80s and he was one of the biggest stars of that time. He became a household name after starring in box office successes like Back To The Future and Family Ties. Diet Pepsi tapped into his popularity and created one of the most recognisable and memorable ads from the 80s.

The ‘New Neighbors’ ad featured Micheal Fox pulling off dangerous stunts to please his new neighbour’s demand for a Diet Pepsi. Fox is seen charmingly leaping out of apartment windows and dodging cars in traffic to get to a Pepsi vending machine. Pepsi’s advertisement was a huge success, leaving the audience with a smile on their face.

Apple’s anti-establishment, George-Orwell ‘1984’ inspired ad was revolutionary in every sense. Although the commercial only aired once, the impact it had on the advertising world cannot be understated. The ad was directed by esteemed filmmaker Ridley Scott who had recently made sci-fi classics like Alien and Blade Runner. As a sci-fi movie director and commercial director, Scott was the perfect fit as he has a broad background.

The ad featured a fierce woman smashing the image of a Big-Brother lookalike with a hammer to challenge a totalitarian government’s “Unification of Thoughts.” The Apple Macintosh was the focus of the ad, which went on to change the face of personal computers forever. Its unapologetic tone is one of the things that makes the ad so great. Apple made its messaging of being a groundbreaking and rebellious brand abundantly clear in the commercial.

Wendy’s Where’s The Beef ad didn’t just blow up as a commercial, it bled into popular culture and made its way into the lexicon. Wendy’s wanted to differentiate itself from other big-name competitors like McDonald’s and Burger King by providing bigger beef patties in their hamburgers.

The ad, entitled “Fluffy Bun”, featured actress Clara Peller receiving a giant bun-topped burger from a fictional competitor that used the slogan “Home of the Big Bun”. Peller angrily exclaims, “Where’s the beef?” after seeing the small patty. In the future, Wendy would go on to reference this popular ad twice. Once in 2011, a new Wendy’s advertising campaign revived the phrase and answered the question with the phrase “Here’s the beef”. And in 2020, as stores suffered a shortage of beef due to the COVID-19 pandemic, Wendy’s revived the memorable ad. 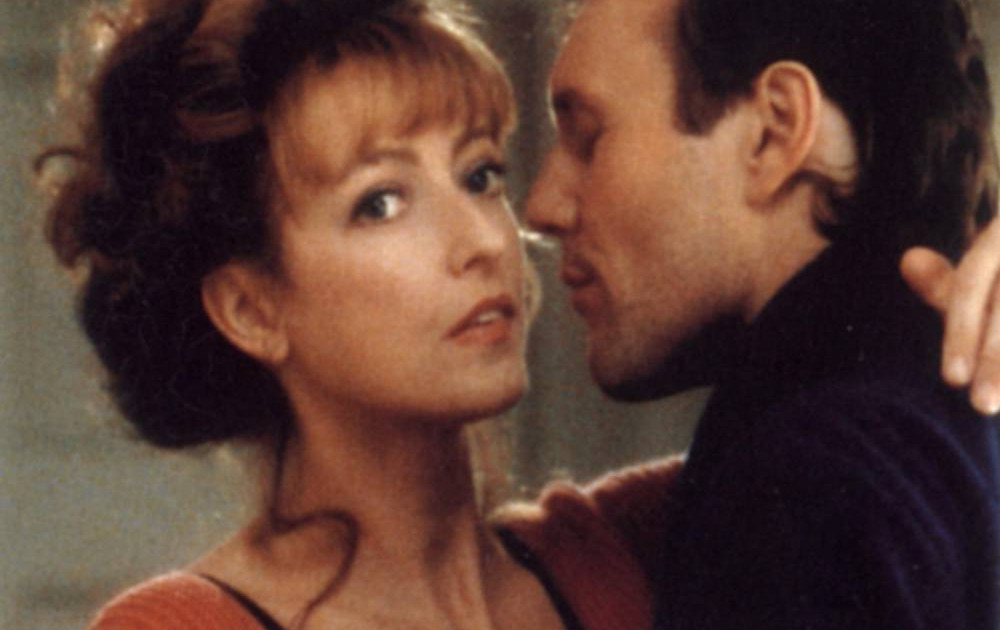 Nescafé’s Gold Blend long-running commercials from the 1980s felt more like a drama series than an ad one. Starring actors Anthony Stewart Head and Sharon Maughan, the ads portrayed them as charming neighbours who bonded over a cup of coffee. The ad series began airing in 1987 and promoted Nescafé’s instant coffee as the world’s most potent aphrodisiac.

The ads played into the romantic tension between the main leads and left audiences pondering if the attractive neighbours would end up together. The campaign was so successful that new ads were produced even into 1993, with the main leads finally ending up together as a romantic couple. Following the airing of the advertisements, Gold Blend sales increased by 50% in the UK alone.

Although first appearing in the 70s, Chewits’ popular The Muncher Menace ads became a staple in the 1980s. They were heavily influenced by popular Hollywood blockbusters from the past and served as crowd-pleasers for children across the world. The creators of the ads were widely praised for perfectly capturing the style and art direction of those popular movies.

The ads featured a massive claymation monster-Muncher Menace, a pastiche of King Kong and Godzilla- who had a massive appetite and would devour famous buildings. Only after having some Chewits, his hunger would be satisfied. The Chewits ads trigger waves of nostalgia for people who grew up during the 1980s.