Alzheimer’s is one of the most rapidly growing modern-day diseases that affects one in fourteen people over the age of sixty. The sparse knowledge and awareness regarding the disorder among everyday people further add to the particularly difficult life of the people suffering from the disease. To make their lives a little easier, MTV and the Alzheimer’s and Related Disorders Society of India (ARDSI) collaborated with Ogilvy to launch a ‘memory karaoke’ to aid persons with Alzheimer’s, particularly early Alzheimer’s improve retention and recall.

What is the magic behind MTV memory karaoke 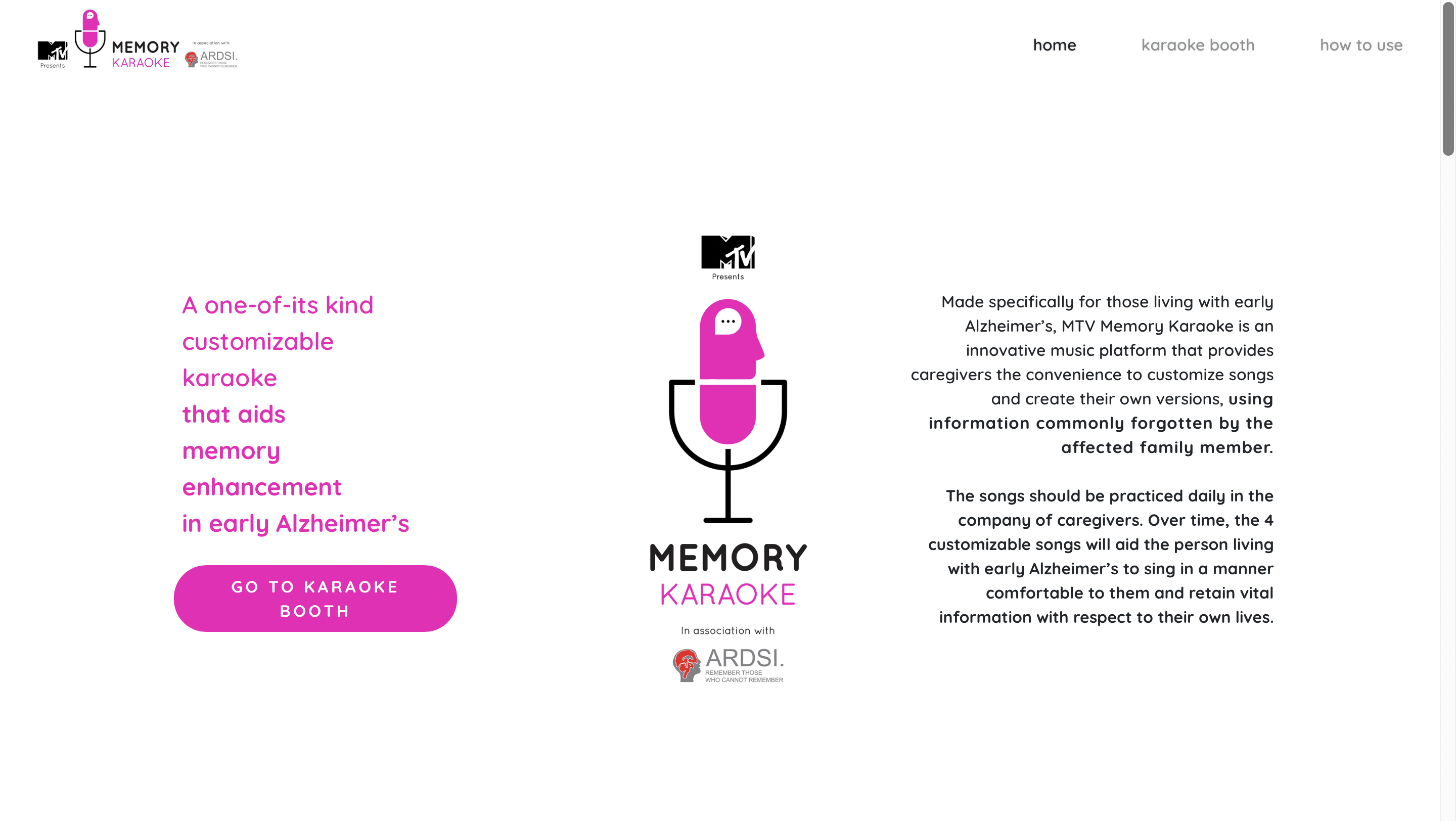 Music is often said to have the ability to heal people. Putting this theory to test MTV’s memory karaoke was developed to aid Alzheimer’s patients to have a stronger recollection of important things such as their name, their address, the names of their family members and other moments of their lives.

The karaoke helps patients deal with their memory loss by enabling them to sing along to four customisable foot-tapping songs by visiting mtvmemorykaraoke.com. The songs’ customizability allows caregivers to add in all the important details of their lives. Lyrics also appear on screen to aid the patient in better remembering the crucial details of their lives. By creating a daily routine of singing these songs, patients develop a knack for remembering key pieces of information.

The tracks on the memory karaoke were written by Ogilvy and were sung by Indian singer-producer, composer and multi-instrumentalist, Tarana Marwah. This was a project that was very close to Marwah since her grandmother was also suffering from Alzheimer’s.

What do the brands have to say about the initiative

Akshay Seth, group creative director at Ogilvy Mumbai, says, “The memory karaoke aims to aid memory enhancement in persons with early Alzheimer’s and also to create a daily routine for the family and the caregiver to spend some joyful together time practising.”

Anshul Ailawadi, head, youth, music, and English entertainment at Viacom18, says, “We were sure of giving wings to this idea, bringing it to life and taking it to the MTV universe and beyond. It was only when we began researching that we realized that it wasn’t just the patient but their immediate family and extended circle who were also affected.”

Dr Vidya Shenoy, secretary-general of ARDSI, said in a statement, “Alzheimer’s is considered as the global crisis of the century with every three seconds somewhere in the world somebody is developing dementia”.

One of the primary goals of this initiative is creating awareness surrounding the impact of Alzheimer’s. The impact it has not only on the patients who have the disease but also the impact on the patient’s family members. The campaign takes a clear stance on this with the ending line ‘forgetting isn’t funny’, reminding people that Alzheimer’s isn’t something to be joked about.

Highlights Of The Cannes Lions 2021 Awards

How Spotify’s ‘Only You’ Leverages Personalisation In A Unique Way