LG has officially confirmed that it will be exiting the extremely competitive smartphone business. LG will be shutting down its in-house mobile division and has said that it will focus on other aspects of its business.

LG said in a statement that this decision will “enable the company to focus resources in growth areas such as electric vehicle components, connected devices, smart homes, robotics, artificial intelligence and business-to-business solutions, as well as platforms and services”.

Existing phones will remain on sale, and LG says it’ll continue to support its products “for a period of time which will vary by region.” The company hasn’t said anything about possible layoffs except that “details related to employment will be determined at the local level.” LG says it expects to have completed the business’ closure by the end of July this year.

What is the reason behind this move 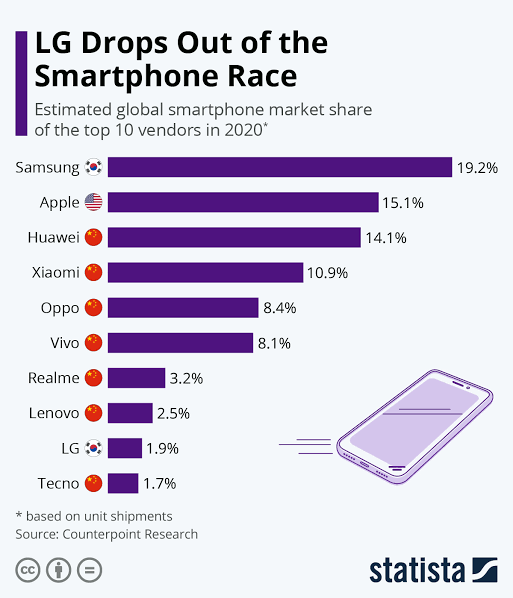 Many rumours were flying around regarding their exit since the beginning of this year. This move comes after the consistent failures of LG devices to carve a space in the smartphone segment. After all, LG’s mobile division suffered huge losses over the past five years.

LG flagships were once considered to be strong rivals to the high-end flagships from another South Korean manufacturer, Samsung. However, LG was quickly left behind and never received the same mainstream appeal. LG’s affordable and budget smartphones also faced tough competition from many of its Chinese rivals such as Xiaomi, Vivo and Oppo.

Why have LG’s smartphones performed so poorly

LG’s poor marketing and branding strategies have been key factors of their downfall. They haven’t achieved the mainstream success that brands like Samsung and Apple have enjoyed. They are constantly trying to reinvent the wheel and haven’t figured out who their target audience is.

To make up for their declining sales numbers, LG has regularly experimented with adding niche feature sets and gimmicks to their flagships in hopes of targeting enthusiasts. However this has alienated mainstream buyers who are looking for long term reliability and support. 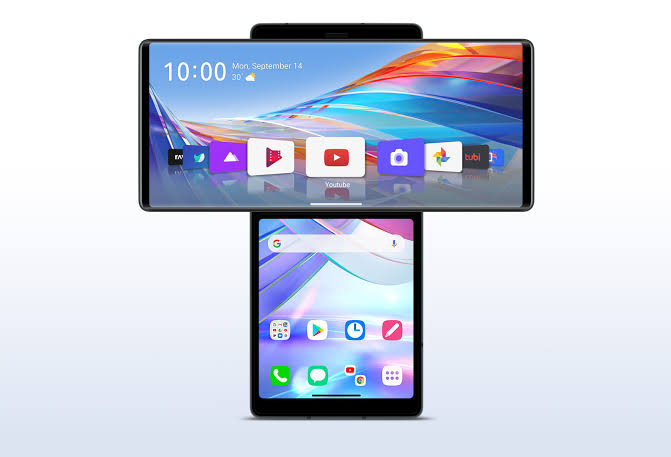 LG released multiple unique devices with unconventional form factors over the last few years. Take the modular smartphone-the LG G5 or the LG Wing whose main display rotated to reveal another secondary display. Therefore, customers have become weary since LG has constantly abandoned support for a lot of these initiatives.

What This Means to the Smartphone Ecosystem

Although this move seems like the right decision financially for LG, it comes at the expense of the competition LG provided in the smartphone landscape.

LG joining the long list of smartphone manufacturers who quit the business is sad for us as consumers since competition leads to innovation and development.