McDonald’s has created a wide range of innovative campaigns over the years that are no less tasty than their giant burgers and hash browns. From leveraging influencer marketing (at the time when that was not very fancy) to revolutionizing transparency in the industry, the brand has pierced through the fourth wall.

Here we have, a listicle of the most creative campaigns, put together from around the world.

The drive-thru service of the brand is highlighted in a witty yet subtle creative – a car, in the middle of the night curiously reflecting the golden arches of the brand. 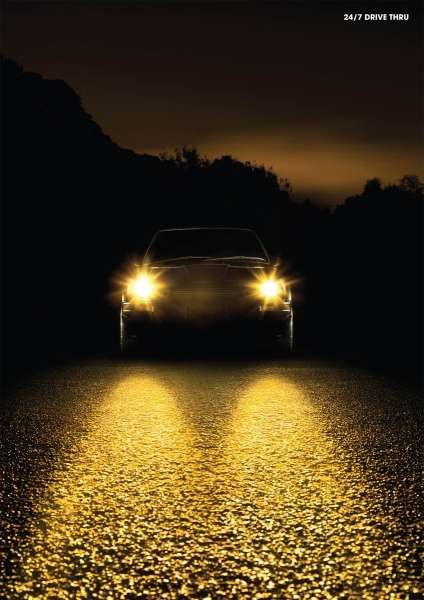 Another creative worth praising is the billboard reflecting the words ‘open all night’ in reverse form and only one arch of the McDonald’s logo. The ad can be read only at night when reflected in the mirror. This ad kept the viewers curious and excited to unfold the real deal. 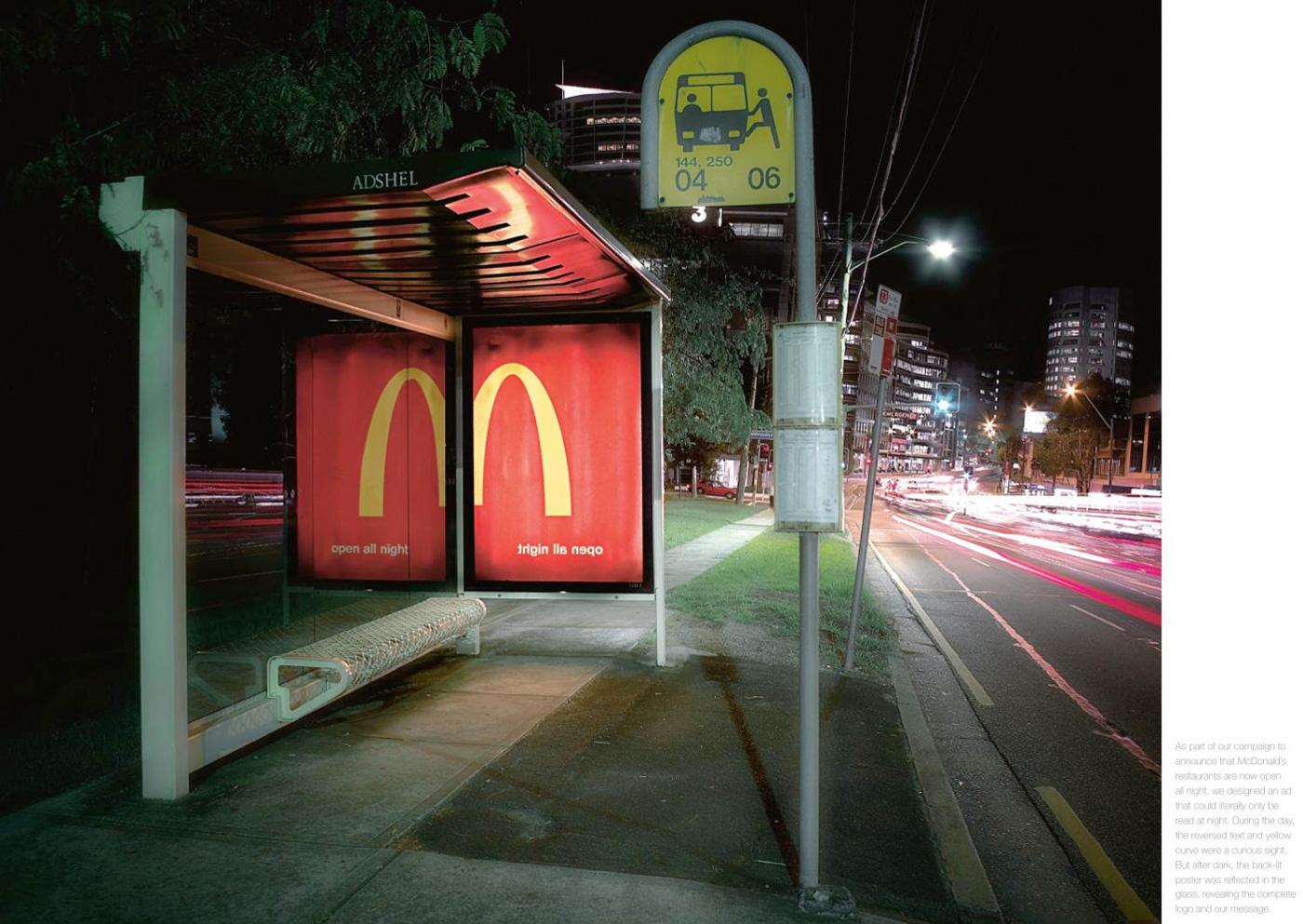 Source: Ads of the World

A safe and clean environment is everyone’s responsibility, including the big brands like McDonald’s. So, to ensure cleanliness from their customer, the brand launched the ‘Kick the Trash’ campaign in 2010. Launched ahead of the FIFA World Cup, the ad encouraged youngsters to score their own goal using balls made up of the Maccy D packaging. The campaign received an overwhelming response and the young customers did kick of their trash securing a big goal for Mcdonald’s.

Our Food Your Questions

To burst the myths growing around social media regarding the packaging, preparation, and quality of food, McDonald’s Canada launched the campaign ‘Our Food Your Questions’ with a YouTube video that directed customers to a website where they could submit their questions about the company. The campaign was a huge success and strengthened the brand’s footprint in the fast-food industry. The American version of the transparency campaign also had an overwhelming response – recording over 30 million views.

Years after the hit super bowl commercial starring Larry Bird and Michael Jordan, McDonald’s returned to the spot in 2015 with a heartwarming campaign – ‘Pay with lovin’. Among the million customers, some 1 million selected at random will be rewarded free food, upon a deed of kindness. This may include calling their moms or lover and say ‘I love you or hug their children or a big family hug.

Do we appreciate the little things someone does for us? At most times we remain ungrateful to all the worldly measures and long for something more. Just like the feeling of getting your first car which turned out “not something I wanted”, and the classmates laughing at your face as you drive past them. Still, the freedom of driving the first car hits soon accompanied by some spare change and a trip to Drive-thru. The Gift by Leo Burnett is a life lesson that comes with the branding of McDonald’s.

How cool is it to get encouragement from your favorite hamburger uncle? While the high school seniors were cramming for the finals before graduation of 2020, McDonald’s gave them a little push by bringing in the likes of literature, science, history, and more with their own spice of fun and creativity. 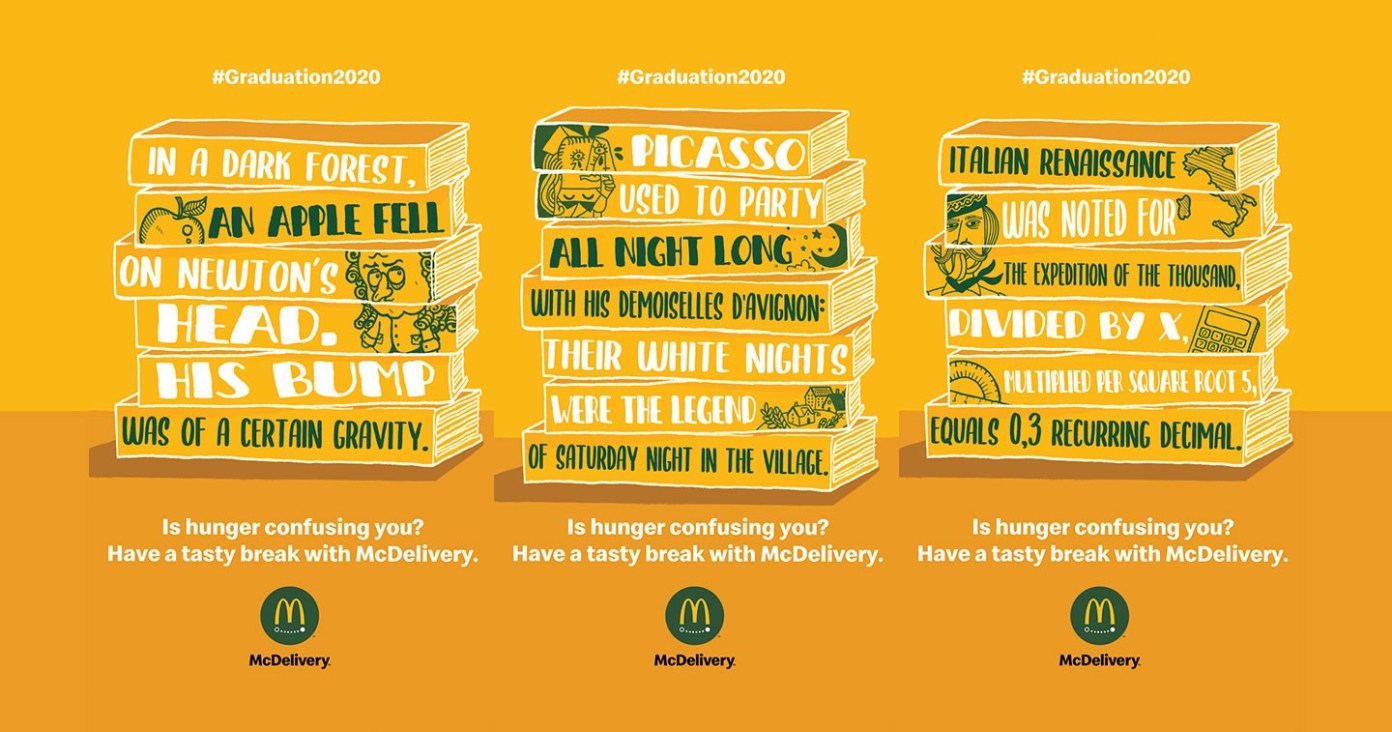 As the world moves faster, lives get busier. But the value of life does not get any less. Leo Burnett London produces three short films to honor the small beautiful moments that reflect how their new services can help customers enjoy their little moments. The films ‘Hands Full’, ‘Grown Up’ and ‘It Must Be’ shows the daily struggles of new parents, a day out of daughter with her dad, and the budding romance between two teenagers respectively, and McDonald’s convenient services – table service, ordering onscreen and the McDonalds app facilitates and values these relationships.

Disability Representation and Inclusivity in Advertising