It isn’t odd to hear about controversial ads. After all, they grab the limelight and force us to direct our attention from other perhaps more important core issues at hand. Controversy uprises from these ads because they tackle a social issue. One could see examples of such; in ads like the one made for Nike’s 30th Anniversary that featured Colin Kaepernick or Pepsi’s ad that featured Kendall Jenner.

It should raise confusion that controversial ads get the attention they do; since the same issue bought up in the company of acquaintances would only invite uncomfortable silence.

To put it in perspective, an ad isn’t controversial because it is ‘wrong’. The gets a large amount of undeserved attention because it grazes the plane of accepted ideas of ‘right’ or ‘normal’.

To solidify the idea of what qualifies as a controversial ad; here are a few examples:

In the uproar of Galwan valley incident of 2020; where 20 Indian soldiers lost their lives in a clash with Chinese troops, Amul released a well-timed ad: Exit the Dragon. This, of course, was received very well. Naturally, when Twitter banned their account, people tied it to Twitters’ bias to China and it didn’t sit well with many. Soon enough, #Amul was trending. 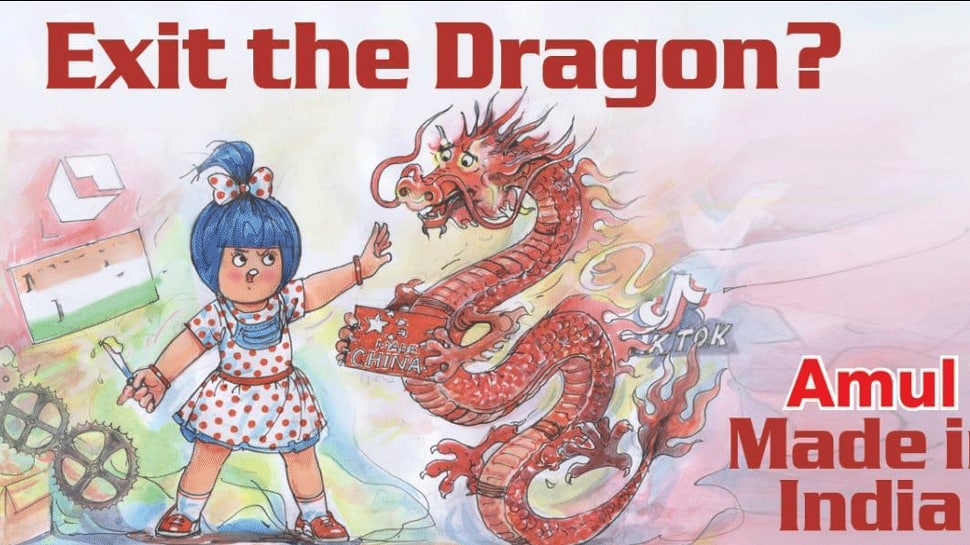 Gillette released an ad in 2019 titled We Believe. The idea in the advertisement was to break down the ideas of harmful traits disguised within the idea of traditional masculinity. The underlying homophobia and masked sexual harassment had freely iterated over generations.  Change lied within teaching young boys to be better human beings to all fellow human beings.

This didn’t sit well with the audience because of the precedent narrative of its time. It was because the feminism movement had decayed and lost its glory due to the representation of extremists of that movement. The definition of being a feminist had changed on the internet due to the rising anti-SJW clique. Their narrative, that toxic feminists seek revenge on all men; had made it successfully made it to mainstream media.

Thus, this ad had been interpreted as an attack on men and made it to the controversy list.

Tanishq’s liberal ideas to promote their product in 2020 didn’t work either.

The ad showcased a Hindu bride celebrating her baby shower alongside her in-laws who are Muslims. The ad had sweet notes of unity, kindness and virtue.

Unfortunately, it had to be withdrawn because of an alleged communal angle. Critics repeated that ad enforced love jihad; an ideology that Muslim men marry Hindu women only to convert them and propagate their religion.

Heineken is a beer company. In 2018, they released an ad: Lighter is Better.

In the ad, the bartender notices a woman frowning at a drink. Noting her disapproval, he passes her a bottle of beer. The beer makes it past several people seated across the table and stops before her. “Sometimes, lighter is better” is displayed at the end.

While this description of the ad doesn’t directly point to any objective for debate; one noteworthy detail has been skipped. The beer bottle passed by all black people and stopped at the girl who was lighter-skinned. This and the slogan both made it seem like a racist remark towards black people and not about beer. Consequently, it became a hot topic for debate.

The reason why controversy works:

If one is courageous enough to adopt a passive lens of observation; the reactionary chaos surrounding the ads would no longer seem appealing.

It would be obvious what companies were trying to do: advertise. Acknowledging this fact would make one less agitated in the face of so-called controversial ads.

Reality happens to be more deafening though. Controversial ads do attract the ones most stimulated by them and the masses join to feel like they belong somewhere and are a part of the conversation.

Far from change, they unknowingly boost the advertising and sales of the particular brand they had been meaning to boycott. It is harder to boycott something when it shows up repeatedly shows up before our eyes. The whole movement of boycotting the brand essentially backfires.

All of these controversies; whether these were intentional or not; in the end have only served brands better. Gillette reported to CNN that despite the backlash their sales hadn’t been affected in any way. They received “unprecedented levels” of customer engagement. Nikes stocks rose higher than expected with the company seeing an increase in income by 10% to a value of $847 million. Pepsi reported after Kendal Jenner ad; that their net income went up to $2.1 billion in contrast to $2 billion in the previous year, for the same quarter. Tanishq’s search volume had gone up to twice the amount before the ad had been retracted.

The newer bolder wave of advertisements