A video streaming platform by profession, gearing up the curious onlookers by passion. They are not your regular promotions team, creating a teaser video and getting away with it. Instead, they like to play it cool, and add spicy flavors to their campaigns. Do not believe? See it for yourself.

The promotions for season 5 were carried out in an unusual and unique way propelling millions of impressions and engagement. Fans had one question – the release date of Season 5, and the marketing team and BoJack were quite adamant to reveal the date. Instead, they extended the new Hollywoo-life of BoJack on social by posting the original illustrations and participating in trending conversations. The cat jumped out of the bag when they quote-retweeted a random fan and sarcastically said – she was the millionth person to ask – winning away the prize of the date. Jack Dorsey and Reed Hastings were brought in between the arguments about the release date – of’ course in fake texts. 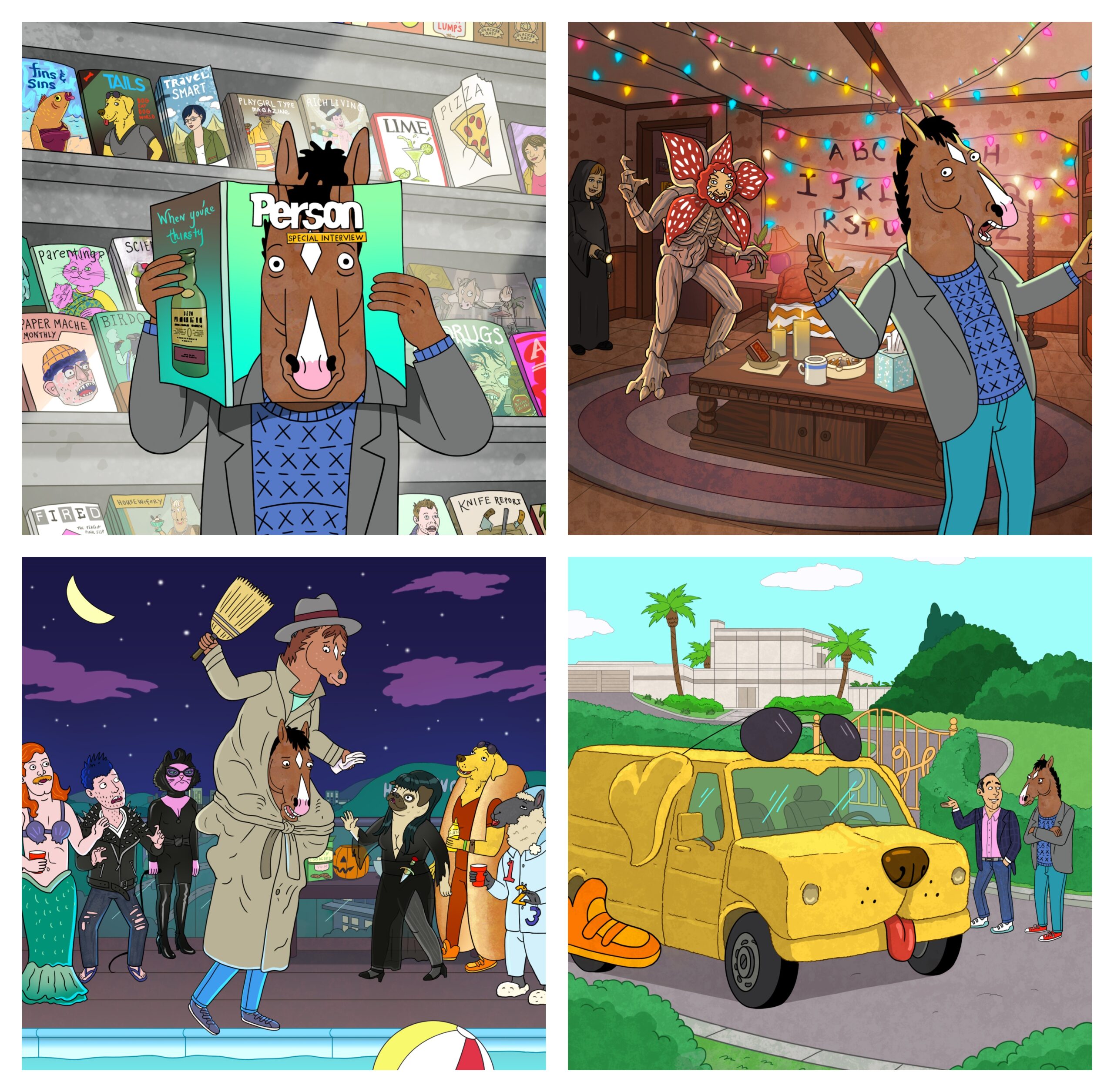 A world where death is not permanent and consciousness can be transferred to different bodies – Netflix executed a stellar marketing campaign for the dystopian series. Imagine waiting at the bus stop, scrolling through the Facebook news feed, and with a sudden turn of the head – a human body encased in plastic, right beside you. Horrific! Mediahub, a division of MullenLowe, went about setting up meticulously lifelike bodies in West Hollywood that resonated with the premise of the series. The campaign was received well through organic conversations on the social, local news reports, and discussions on the 6 o’clock news. 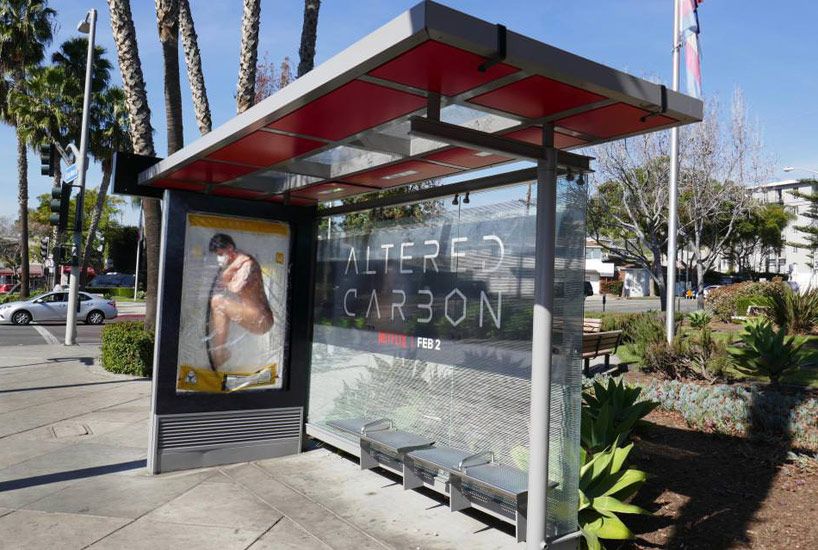 Haunting on the Hill House

Creepy, not scary – was the marketing mantra for Netflix’s ‘Haunting on the Hill House’. Flashing between the past and the present the Crains are haunted by the traumatic experiences from the past. Hi5 agency took the same approach and laid out a series of horror pieces on all social pages, starting with inviting fans and press to meet the Craine family. This was followed by creepy engagements in shoot videos that debuted mostly in the middle of the night. In a secret Reddit account, they got their horror fans excited with a series of horror tales. After the show released, Netflix nurtured the community conversations tapping into the phenomena – Scrying (scared to death but invested in the characters), pointing out the secret ghosts lurking in the hidden corners of the Hill House. The campaign performed well and the show became the third most searched TV series in the US, with over 1.6 M engagements, 10.5 M video views, and 575K followers. 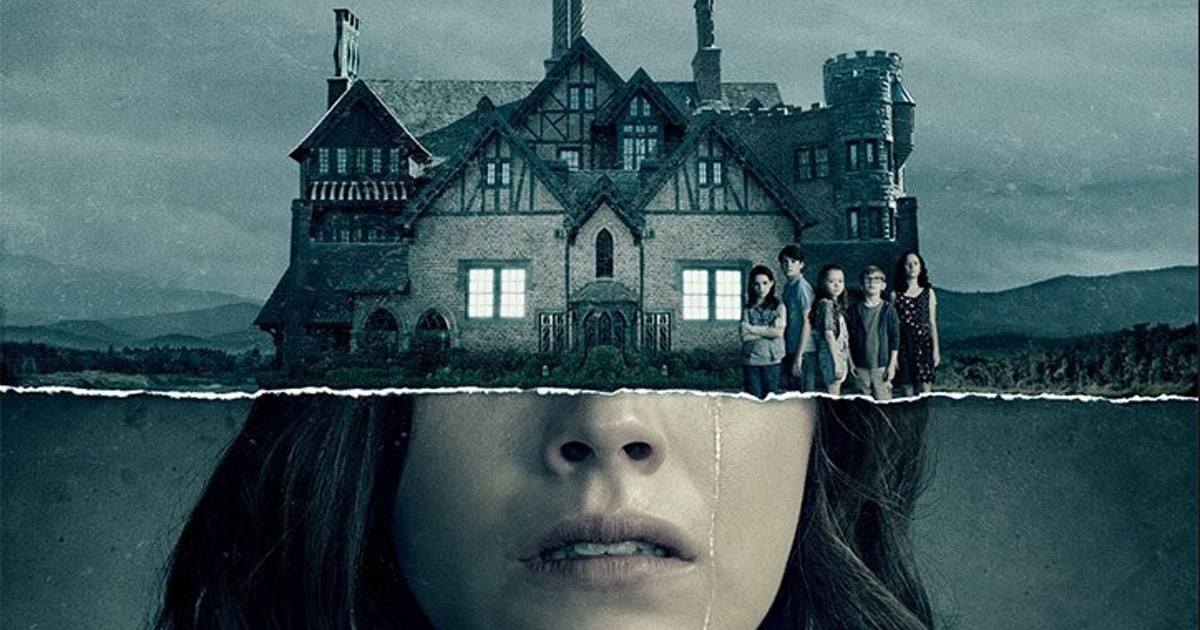 When America was gossiping about the real Presidential campaign, Netflix partnered with BBH New York gave them a new piece, and hijacked their attention to the fictional President. Frank Underwood starred in a faux political ad that run during December 2015’s GOP Presidential debate on CNN and eclipsed the real political conversations. The fake campaign became the talk of the town, FU2016, the campaign topped the trending list on Twitter and Facebook within an hour. Netflix took one step forward with – a political campaign website, a real campaign headquarters, and political campaign merchandise.

The marketing campaign for the drug war was meticulously strategized to resonate with the curious audience and get them hooked, even before the show began. They started with the Narcos Bills Campaign, where they tampered with real euro bills and placed traces of cocaine on them, and circulated all over France. The bills would react to the flashlight of the smartphone and display the message ‘#Narcos’. The campaign garnered immediate response and hit the trending hours. Groundbreaking character posters, video teasers, and promotional posters remained the staple for their social handles and attracted huge traction. They also created a fundraising campaign for the Movember Foundation – a multinational charity focused on men’s health. Narcopedia.org – an online platform was established to help fans interact with the historical aspects of Pablo Escobar’s story. Another brilliant campaign was the ‘Learn Spanish with Narcos’, in partnership with Babble.com, helping fans to learn Spanish through an online platform in Narcos-style. Each campaign wreaked havoc in the social and got fans geared up for the drug war, both with and without Escobar. 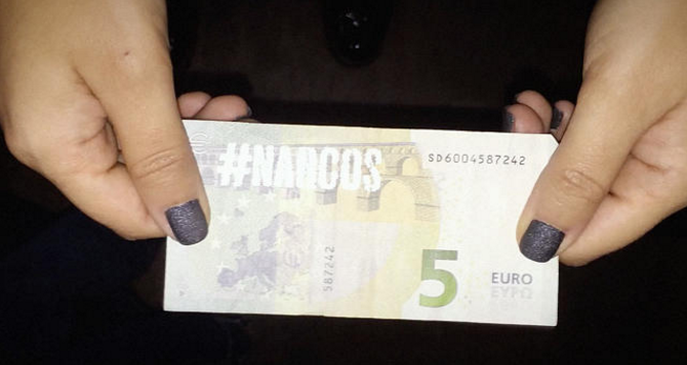 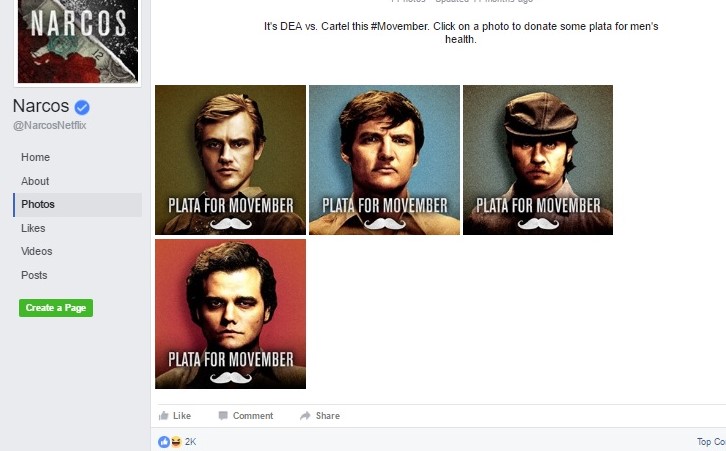