Halloween has its origins in Irish culture, dating back to the Celts who resided in Brittany, Wales, Ireland and the Scottish Highlands. The day actually celebrated as Samhain (pronounced sow-in); was a mark of the day when summer and the harvest ended, and dark, cold winters began; often associated with death. The night of October 31st was observed as the night before the new year. This is when the boundary between living and dead became blurred and ghosts entered the human world. People dressed as ghosts to blend themselves among the other-worldly beings.

This Irish traditional festival was bought to the United States in the 1840s by Irish immigrants who were escaping the Irish Potato Famine.

The American celebration of Halloween has is a collection of beliefs and customs from different European ethnic groups and American Indians.

Halloween was a festival that was celebrated more collectively; i.e in townhalls with parades. But the baby-boom era of the 1950s pushed the holiday to be celebrated intimately with the family. Advertisements like so reflected the culture of celebration at the time. 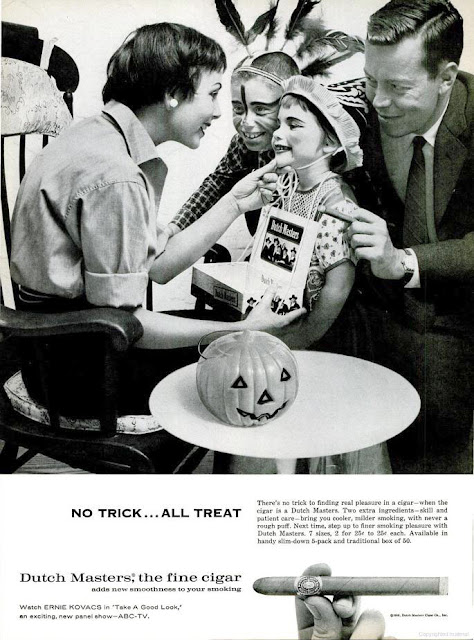 The practise of trick-or-treating was popularized once again, but parents feared the treats, especially manufactured ones being tampered with. Homemade treats were more popular. Kids were handed out popcorn, balls, nuts, fruits or money. Thus, advertisements are seen attempting to popularise trick-or-treating with manufactured candies. 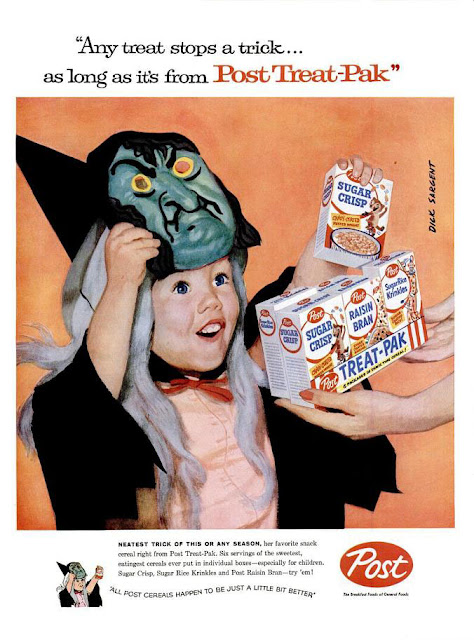 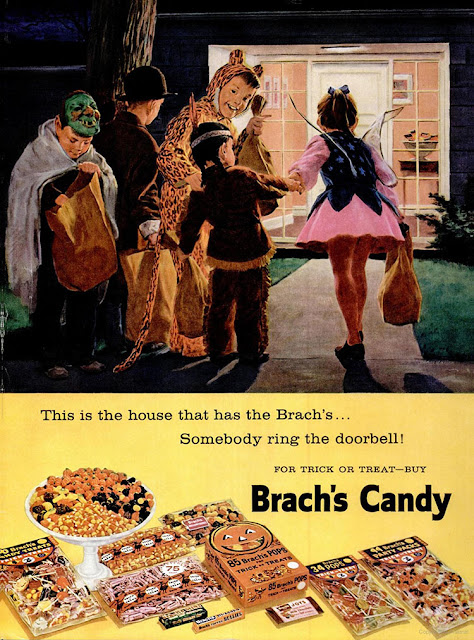 The Irish tradition of carving turnips was turned into carving pumpkins. The Irish carved pumpkins owing to the legend of a man who made it home using the light inside his carved turnip. 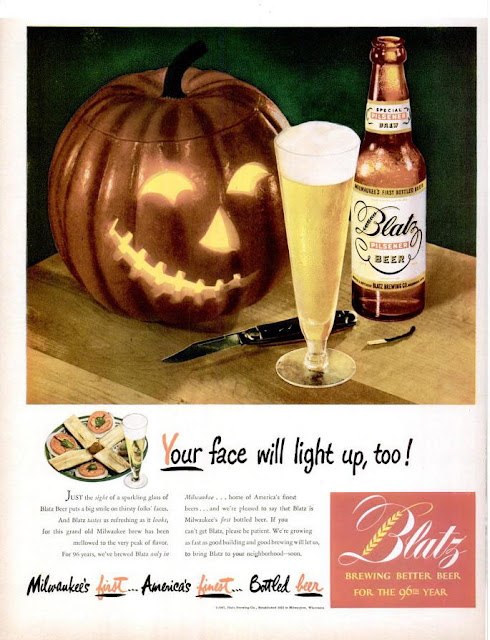 Till the 1920s, homemade costumes were more popular. Masks; the simple ones with plastic faces and an elastic must have started to gain more popularity as a part of Halloween costumes in the 50s; if ads like these existed. 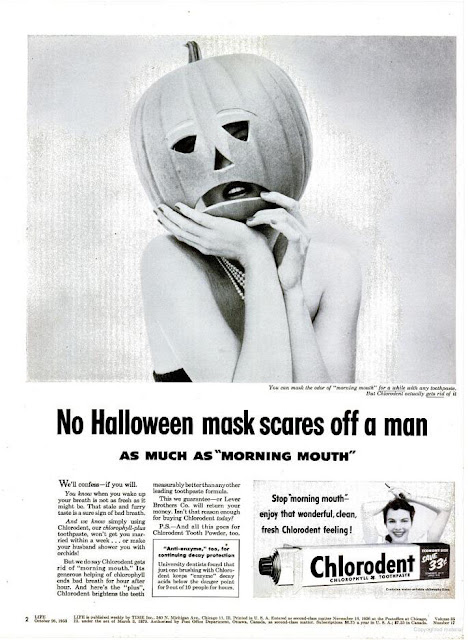 The popularity of a festival keeps its traditions going. Thus, naturally, things like pumpkin carving, trick-or-treating and dressing up were still at the heart of Halloween.

It seems like parents still hadn’t been convinced that store brought treats were safe, hence some ads from this era can also be found reassuring parents like the ones in the 50s. 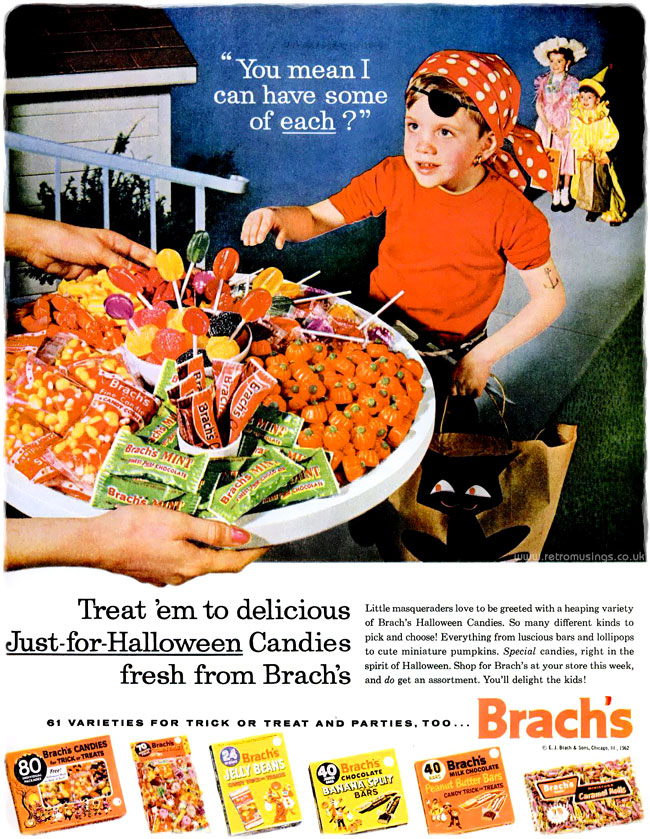 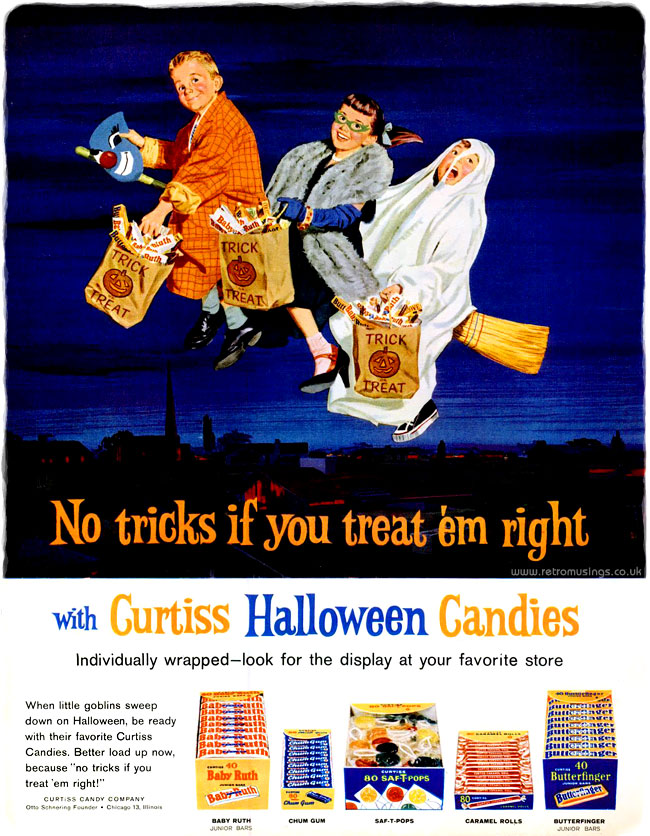 The uncertainty around store-bought treats gave way for ads like so: 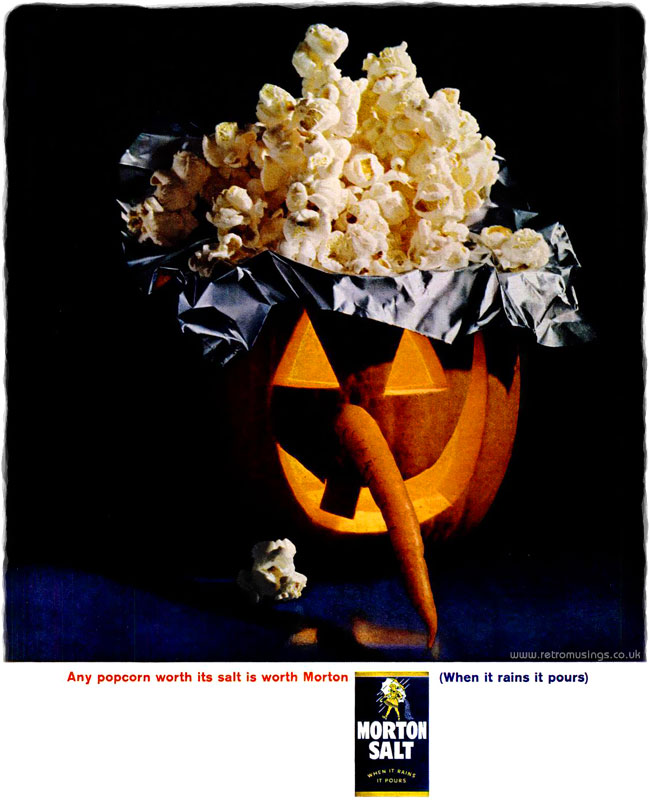 The Howden pumpkin or the pumpkin associated with Halloween finally became popular in the 1960s. It was specially bred for carving. The shallow flesh and sturdy stem made it good for carving but not so much for eating. 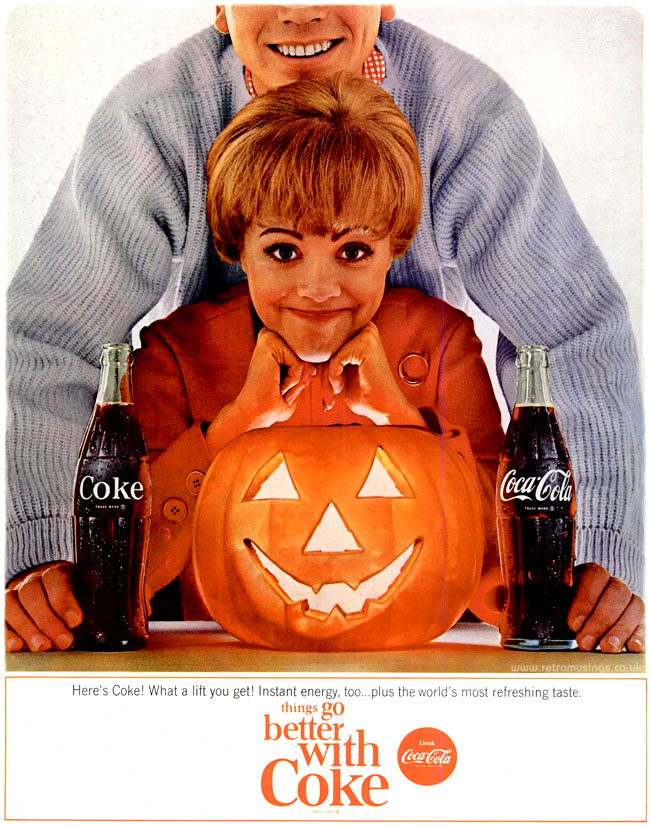 Another notable theme about Halloween ads from the 60s was that they were centred around goblins. 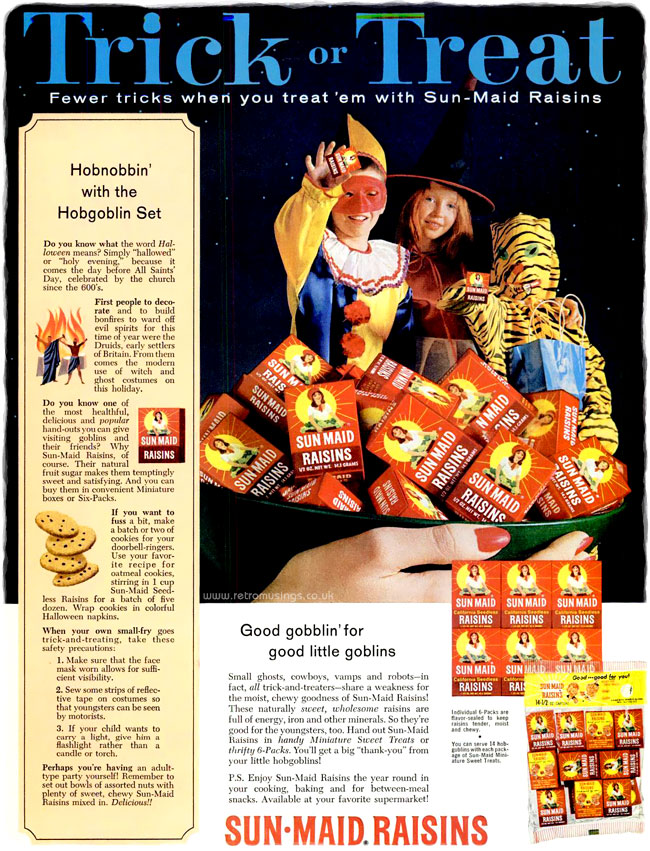 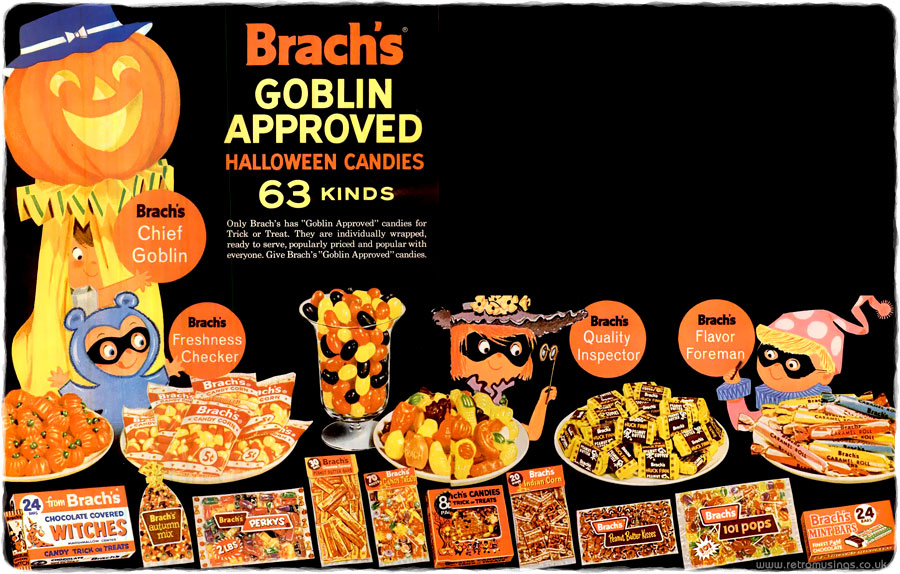 The store-bought treats finally caught its swing in the 70s.

If one goes through the advertisements of US from the 70s; a popular character is repeatedly seen in use; one that hadn’t been seen before in commercials. There is a notable rise in the use of the Frankenstein monster.

Here is an ad by Shasta Soda, Bic Pens and Dunkin Donuts from the 70s to reflect so:

It is worth mentioning that Frankenstein wasn’t the only character becoming increasingly popular among advertisers. Vampires, counts, werewolves can also be heard being brought up repeatedly. This is something which hadn’t been done in the preceding eras.

The 80s is when it becomes observable and obvious that Halloween moved away from a traditional holiday and transformed into a  commercialized holiday. Halloween became popular enough that all companies could theme their ads for Halloween. These commercials could be for any kind of commodity; from make-up for Halloween get-ups or treats to something as domestic as tomato sauce.

The 90s and subsequent decades

As one observes the commercials around and after the 90s, it becomes increasingly obvious that the culture for Halloween has already been set through its past. Commercials rely on Halloween traditions, popular movie characters from the horror movies of the 80s, 90s or literature.

to a collection of moment marketing from Mc Donald’s on Halloween:

With Halloween being just around the corner, we revisited some of the best Halloween ads from @McDonalds. Tell us which one you liked the most!#Halloween #halloween2021 #McDonalds #advertising #ThrowbackThursday #TNSThrowback pic.twitter.com/JSf88z9kc0

An assessment of Halloween marketing in America is a personal assessment based on observation. Additionally, knowledge about American traditions regarding Halloween has been borrowed from History and stacker.