The bright cups and pretty frothy foams instantly intrigue the coffee addicts. While the social media campaigns entice even the not-a-coffee person. The marketing team, very meticulously observes their audience and crafts the best plan to captivate them. Of course, their efforts hit the point perfectly, and throughout the years have earned the support of loyal fans. Here’s a rundown of some of the best campaigns from Starbucks that won the hearts of millions of internet legions.

Inspired by the photos posted on social media sites of customers’ doodles, mostly on the Starbucks white cups, the brand decided to take things further and launched the ‘White Cup Contest’ in April 2014. They encouraged their customers to doodle on their white cups and post the photos of finished products on Twitter or Instagram with #WhiteCupContest. The winner would have their design printed on a limited-edition Starbucks reusable plastic cup. 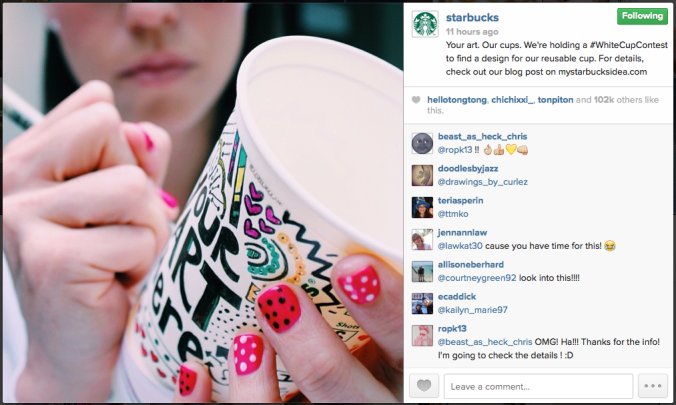 Meet me at Starbucks

“Every day around the world, millions of people gather at Starbucks, but it’s never been just about the coffee.” – is the start of the campaign video. 59 different stores, over 28 countries, and people are the characters in the play. The campaign aimed to show that Starbucks provides good products and a great space where customers can get together and have good interaction. The campaign was applauded by millions on the internet, especially because traits from different countries were shown, not focusing on a single country.

The holiday season is here – says the red cups at Starbucks. Every year the brand gets creative with their red cups to share the joy of Christmas with their audiences. In 2016, the brand launched the ‘Red Cup Design Challenge’, inviting fans to design their own cups and post them on social media. The brand picked 13 winners whose designs were launched in stores for the festive period. 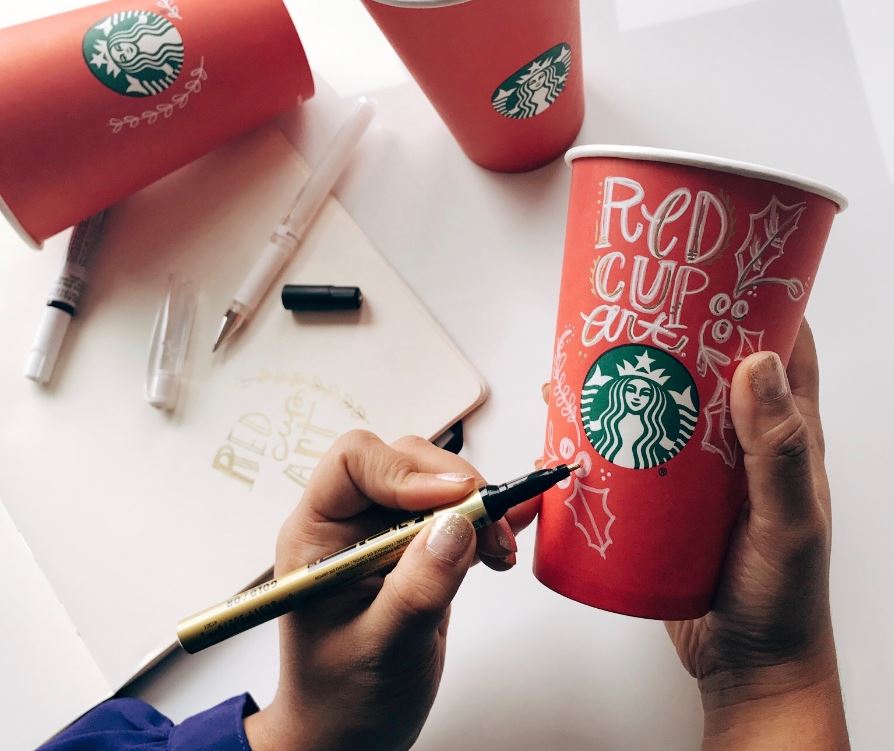 ‘Stories about ordinary people doing extraordinary things to create positive change’ – reflected in seasons 1 (2016) and 2 (2017) of Starbucks’ first original series – “Upstanders”. The stories revolved around common US citizens who demonstrate courage through their actions and make a positive change in their communities. 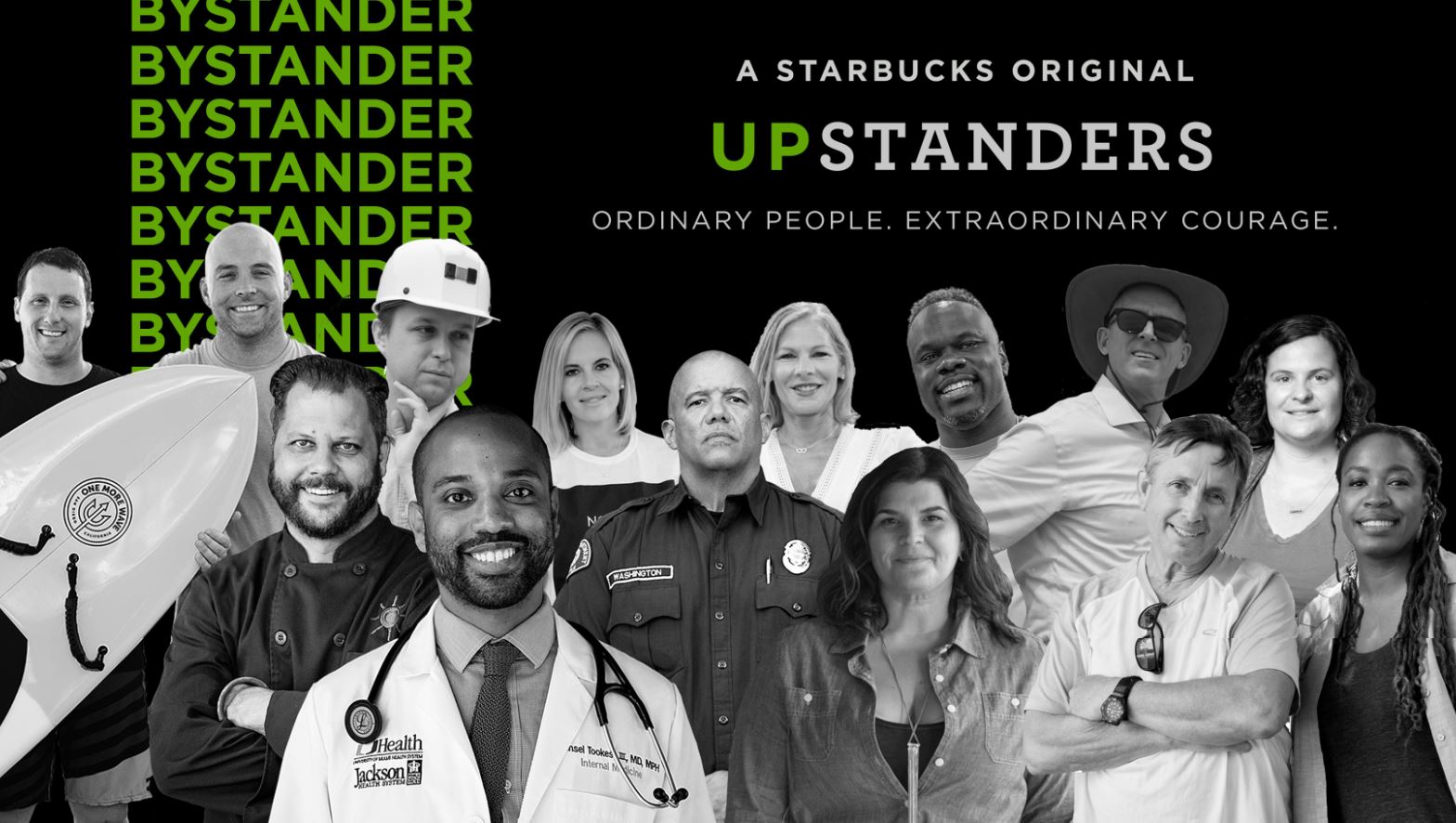 A drink – with vibrant colors and sugary taste, and Unicorn, and Frappe – something so intriguing, but limited edition. Well, Starbucks played a smart move, because the loyal audience is sure to post about the drink on social media. the drink lasted for 3 weeks in April 2017 but the impact lasted longer with over 1,54,000 images linked to the #unicornfrappuccino. 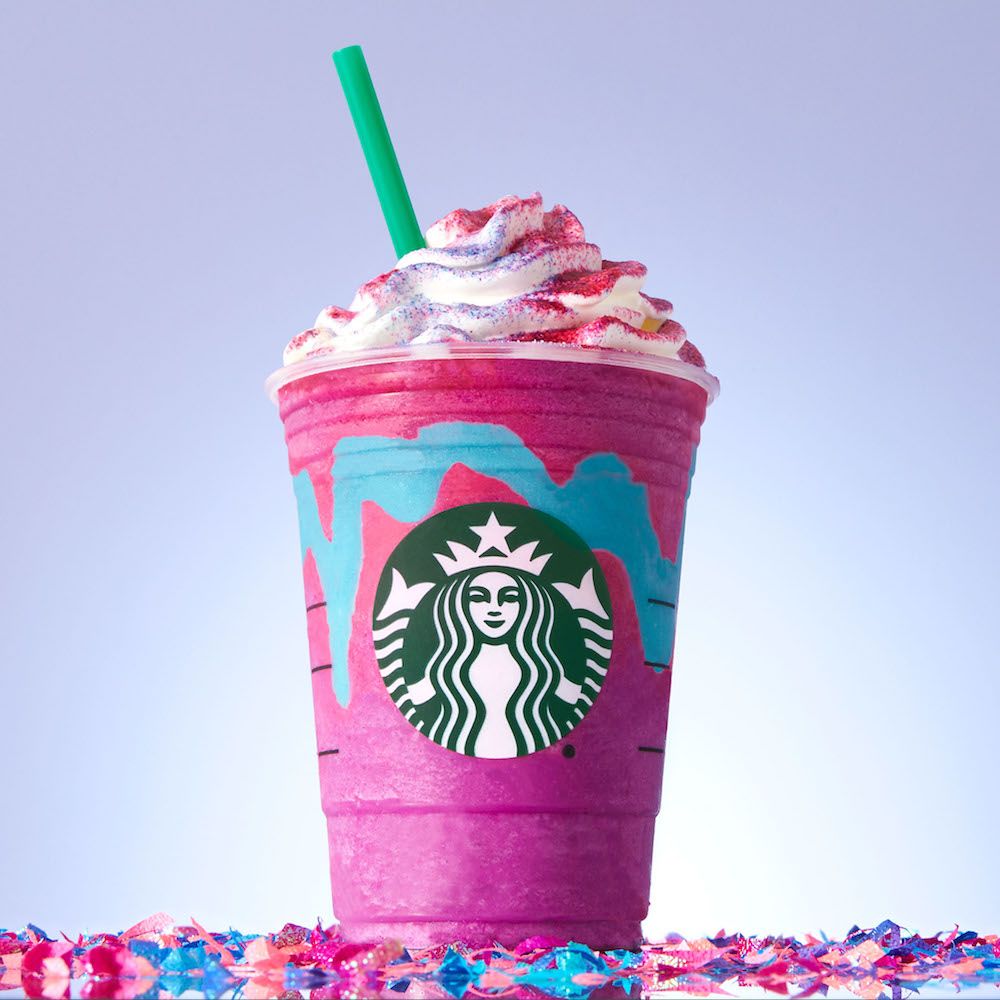 To honor World AIDS Day, December 1, 2018, the brand took the pledge to donate 20 cents (USD) for every handcrafted latte purchased in participating US and Canada Starbucks stores. The company partnered with the RED foundation and joined the global fight to help AIDS. 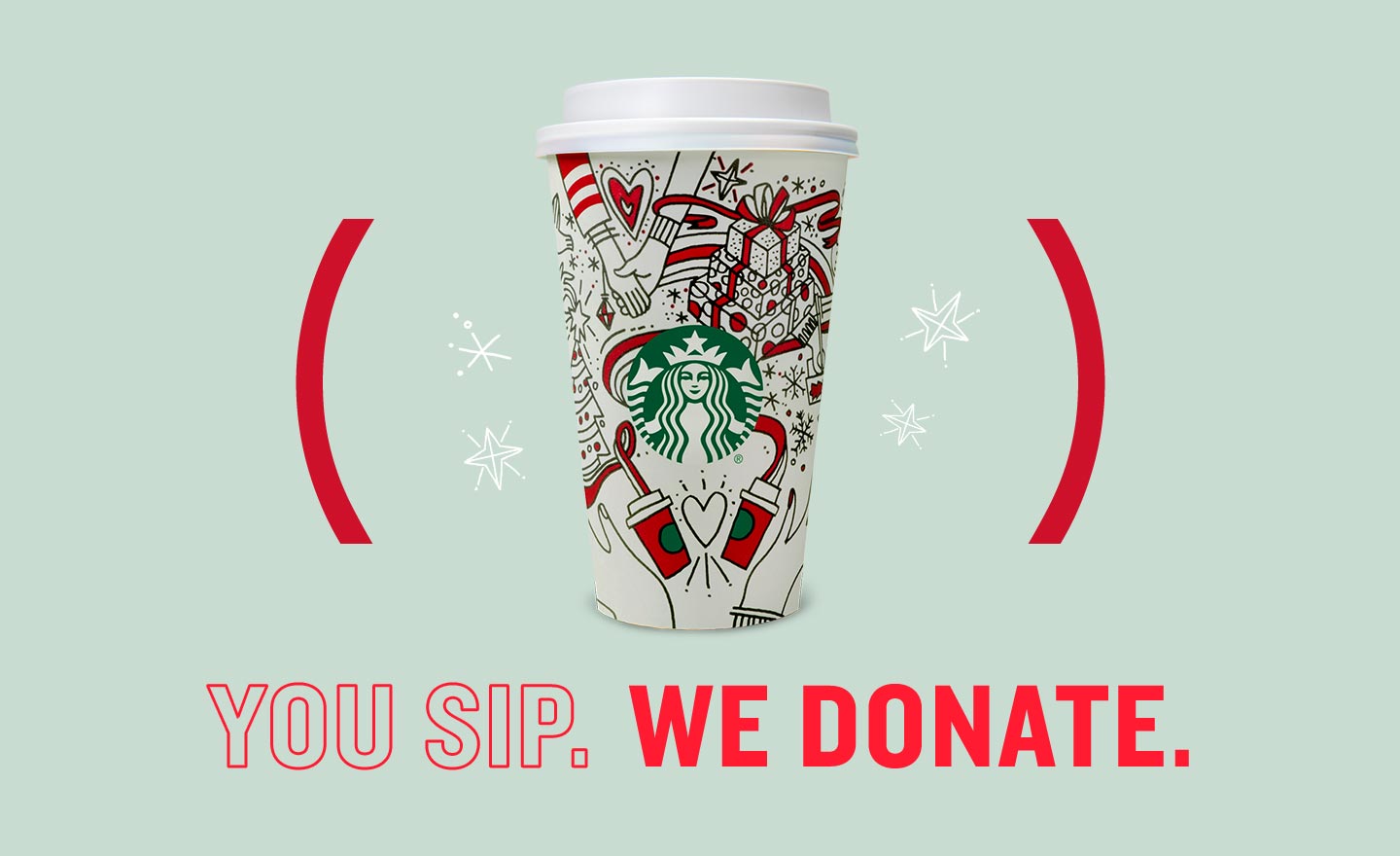 Starbucks Stories – To be Human

In 2019 Starbucks launched a content website – ‘Starbuck Stories’, focusing on storytelling related to the brand’s social impact. The ‘To be Human’ series became the most effective and popular content. The illustrated series contained short engaging videos coupled with audio of various Starbuck employees – who shared their personal stories.

Starbucks has been an early advocate of gender diversity and inclusion. With their Starbucks Pride Alliance Network becoming official in 2007, the brand has taken all measures to promote gender equality. In 2019, the brand launched the ‘Extra Shot of Pride’ campaign with the launch of Starbucks rainbow-colored reusable cups across the US and Canada. The brand created colorful content celebrating its LGBTQ+ staff members’ stories and promoting its partnership with the Born this Way Foundation. The company pledged to match any donations to the charity up to $250k)